Adventures of one missionary and her team

XIX. Back in Krakow 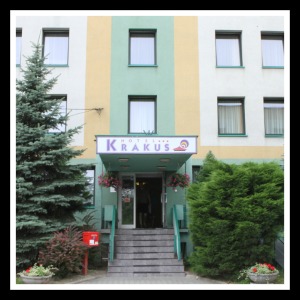 We just arrived back at Hotel Krakus.  It feels like a million years ago we were here last.  But not in a bad way.  I became accustomed to everything so well and dealt with the separation from my children much better than I thought I could.  All those prayers were well answered.

The water closets no longer look funny to me when I walk in, I am now used to the two foot square showers (I only wonder why they have stopper plugs in them), and haven’t missed the television.  Other than the obvious – desperately wanting to be reunited with my boys – I admit I am looking forward to walking into a restaurant and being able to order.  We stopped at KFC earlier and I was excited to be able to have mashed potatoes and a biscuit.  But KFC in Poland does not have mashed potatoes or a biscuit.  I attempted to order a wrap without the chicken, but instead got a ketchup sandwich.  Did I mention my favorite booth at Serrano’s?

I wish we could have gone to the airport instead of to the hotel, but I suppose flights just didn’t work out that way.  One more sleep and I will begin my twenty hour journey home.